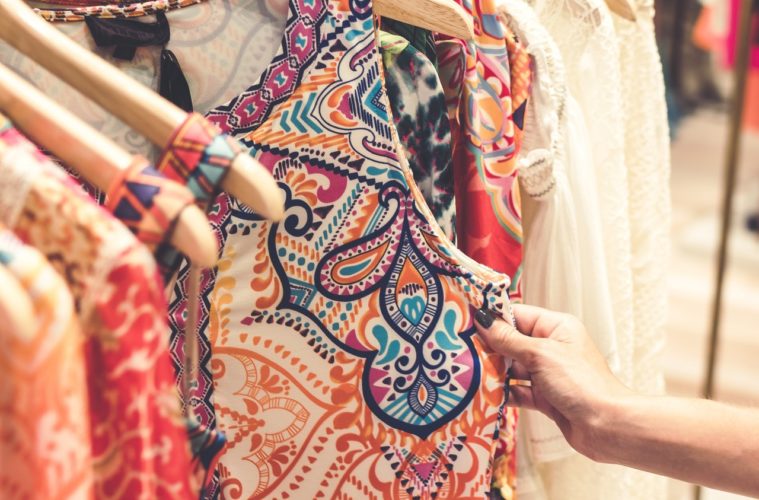 While they are hesitant to invest in stocks, millennials and generation Z are tapping into the hyper-short-term investment of fashion and beauty. Despite the stereotype of the younger generation being frivolous with their money, it seems they are actually one of the savviest generations when it comes to turning a profit on their own.

Perhaps this has stemmed from there being a huge market for buying and selling trainers at the moment, or in vintage fashion. Limited-edition trainers have a huge appeal across the world, with people willing to camp outside of stores to pick up a particularly lucrative pair.

According to Business Insider, rich millennials are snapping up art as financial assets rather than as part of a potential collection — 85 per cent of millennials purchasing artworks say they are aiming to sell in the next year. Buying art with the intention of selling it on quickly is known as art flipping, and it’s something of a controversial subject in the art world.

There are some who consider the process of art flipping as a potentially devaluing practice that harms the artist and their work. The process can also seem more logical than artistic too, as many such purchases are made purely on the work’s monetary value. But, just like with clothing and trainers, the piece’s social media hype can also spur rich millennials to part with their cash in a hopes of a quick resale profit — Instagram has been highlighted by Adweek as a viable platform for creating social media adoration for artists.

Arguably the biggest market in reselling is that of sneakers and trainers. It’s no surprise that the main draw here is in limited edition shoes — but the sneakerhead culture is not anything new. In fact, it began nearly 30 years ago, though it’s enjoyed a huge resurgence in the last few years.

The most sought-after trainers tend to be either limited edition metallic trainers or classic trainers for that much-loved vintage style. People are willing to set up camp outside a store before a particularly hyped drop of limited-edition trainers, in order to grab them at retail price, then sell it on for much higher prices. Some might seek to resell the items quickly, but there’s certainly a case to be made for popping a brand new pair of limited edition trainers away for a few years before reselling in hopes that their much-hyped status will only increase that price tag as the years roll on.

In today’s age, there are so many stories about how entrepreneurial millennials are sniffing out limited edition items from the most popular brands, such as Supreme, during their famous limited edition ‘drops’, then rapidly reselling them. Of course, the initial purchase is an investment, with many resellers spending hundreds of pounds or more on such a venture, but the resale of these goods can certainly turn a profit.

It also taps effectively into the Instagram world we’re living in too. Sellers often combine their shop platforms with their social media accounts to merge both modelling and selling the items.