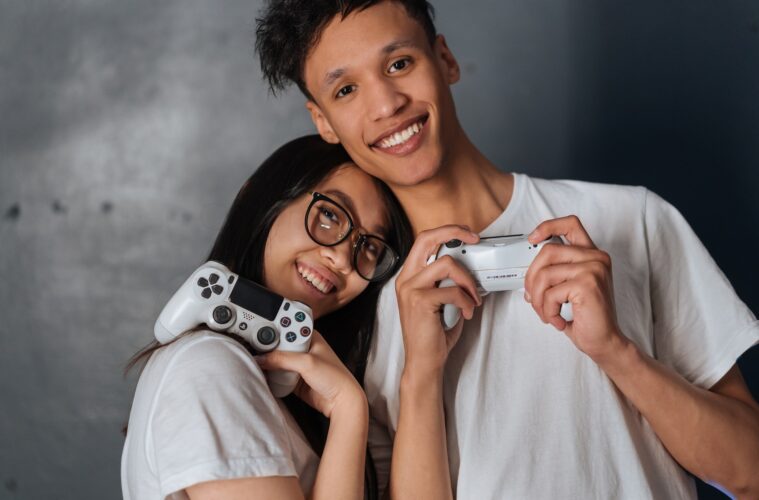 How Do Blockchain Game Developers Make Money In 2022?

Blockchain games have become a prominent part of the gaming world, setting new standards for industry development, as well as providing an interesting take on how we view gaming.

It is quite clear why the concept of blockchain gaming has seen such a sudden take-off and strong fanbase, successfully combining the world of gaming and the world of finance.

Assuming that we have a general understanding of how individual players earn a profit from blockchain gaming, how is it that developers can now walk off with a profit for themselves?

What Is Blockchain Gaming?

Blockchain gaming is gaming that enables and uses the idea of ownership over in-game assets. What makes it possible for players to own these items is the use of technology that is already represented in the world of crypto.

With absolute control over these digital assets, it is unlike anything seen before in the idea of games. With no wall gardens preventing players from using their items freely within and outside of a game, players can move, trade, rent, or sell their items.

An important aspect to get familiar with is the degree of ownership that is possible: minimal, medium, as well as maximal ownership.

Minimal means ownership over some in-game assets, such as NFTs of skins, avatars, cards, swords, and similar. Medium means ownership over assets as well as contribution to the in-game economy. On the other hand, maximal means decentralized governance over the game, where developers retain a lesser degree of control of what happens in the game.

Ways To Make Money As A Blockchain Games Developer

Generally speaking, there are several ways that developers of blockchain games have been vastly successful in earning a good amount of money. Some are more used than others.

With the constant pouring in of new players that results in an increased value of the overall branch and individual games, what is the best take that you, as a developer, can now take? Now is the time to think like both a developer and a gamer to yield the best result possible.

Think of in-game assets or NFT collectibles. For example, a blockchain game no longer needs to be the one selling these items to achieve a profit, but can rather focus on the marketplaces where these items are sold.

In doing that, the game owners can make a percentage with every sale of their asset, charging a small fee that always goes back to the game’s developers. Now imagine the traffic on these marketplaces and the possible margin of profit, even if the fee seems individually small.

Besides this, you can also dive into transaction fees for when gamers purchase native in-game currency. This is by far the most popular choice for developers to earn a living. Why?

Is Blockchain Gaming The Future Of Gaming?

While it might still be too early to claim that blockchain is the future of gaming, it cannot be disputed that this new development has massive potential and keeps growing.

Because of the immense opportunities for a payoff on all sides, players, developers, and investors, it is realistic to expect further diversification and success on the part of blockchain gaming.

The benefits that this development has introduced are simply too good to pass on. Good game!