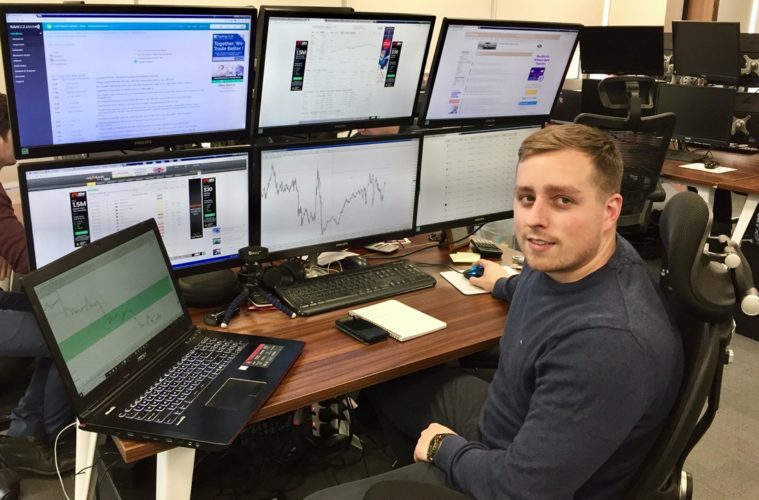 “You’ve Got It All Wrong: Samuel Leach’s Secrets to Saving the Right Way”

Across the globe, countless individuals are literally living paycheck to paycheck, struggling to make sense of their financial options, and seeking escapism through daydreaming of luxury vacations to the tropics. For millions of people, the concept of proactively saving money, and building meaningful wealth often feels like a distant secret reserved for the already-wealthy upper classes. However, this misconception is vastly incorrect, and has the propensity to discourage the everyday person from developing, implementing, and maximizing a fruitful savings plan. Armed with the correct information, and a desire to garner knowledge related to proactive measures of building wealth, individuals can masterfully dictate the success of their financial investments, wealth generation, and overall future security.

As a financially savvy University student, Samuel Leach recognized the transformative power of independently setting the course for his own financial successes. After carefully constructing a plan for building wealth with limited initial liquidity, Leach adhered to strict lifestyle guidelines and spending limitations, and devoted his time to enhancing his knowledge of stock market trading. Simultaneously, he began to make aggressive moves within initial stock market investments, and reinvested each round of earnings, further propelling the growth of wealth. After founding his trading company, Samuel & Co. Trading, at the age of 21, Samuel Leach found himself entering the proverbial Millionaires’ Club merely seven years later. Often vocal about his own ongoing financial successes, and well-versed beliefs about maximizing wealth potential, Leach’s insights can provide fruitful direction for fledgling savers.

It All Adds Up

While the impact of big purchases may immediately be clearly evident, careless spending on novelty items, convenience services, or other unneeded items can amount to significant losses of hard-earned savings. For tech-savvy Millennials, these impulse purchases are usually sourced via smartphone, and require mere clicks to complete. Without a tangible exchange of cash, or even the garnering of a physical product, rationalizing these purchases as tangible losses of funds can be difficult. Additionally, as many of these services charge debit and credit cards throughout the month, it can be difficult to track the exact amount of money being utilized for unnecessary impulse purchases that appear relatively innocent, but can add up to a sizeable spending.

For Leach, recognizing the impact of these mindless bouts of unnecessary spending can be accomplished through an increase in self-awareness. By extensively tracking all impulse purchases for the duration of one month, detailing and adding those purchases, and charting these purchases as a percentage of overall monthly spending, impulsive spenders can successfully gain a concise understanding of the impact of these purchases, and work to proactively change the habits that encourage this type of spending. By cutting down on service apps and mobile delivery apps, and developing a strict budget for this type of monthly expense, individuals on a tight budget can minimize the proverbial bleeding via impulse purchases.

Saving For The Future

As many individuals remain solely concerned with their present financial status, they lose sight of the importance of setting proactive plans in motion during the present day that will inherently help in the intermediate and long-term future, or in the event of a life-changing occurrence. Without any sort of proverbial safety net, emergency or unplanned events have the propensity for knocking individuals off course in terms of any successful proactive development of wealth. Yet, for many individuals, proactively saving money in a high-yield savings account is not a priority. Attesting this practice as being vastly beneficial to his overall financial status and long-term security, Leach saves or invests 70% of his monthly income, while spending the remaining 30% on life’s essentials, and occasional luxuries.

Getting Off Of The Debt Rollercoaster

Entering the workforce with an unprecedented amount of student loan debt, fledgling professionals are often compounding this debt with additionally acquired credit card debt. Through this double-down of debt that may be unreasonable to pay back, many individuals are putting themselves in positions of unnecessary struggle due to poor spending habits, and continued desire to live outside of their immediate financial means.

For Leach, the importance of swiftly paying off student loan debt propelled his decision to live rent-free in his childhood home post-matriculation, which allowed the young professional an opportunity to relieve the burden of this debt swiftly. Not only does this method minimize the total outstanding debt prior to living independently, it also avoids the dreaded buildup of exorbitant interest associated with such long-term loans. In the case of credit card debt, Leach advises individuals to strictly adhere to a predetermined budget that is based solely on monthly income, and not padded by the seeming availability of funds via credit card allowances.

Take The Reigns Through Education

Recognizing the direct and swift impact of money on lifestyle, a young Leach welcomed the independent responsibility for setting the course to financial success. After deciding to become a trader, Leach delved into proactively learning everything he could about the industry, and created simulated trades based on real stock market activity, tracking his progress and prowess until he felt comfortable with the prospect of investing real money into his venture. Before long, the University student was garnering trading successes, with fellow classmates paying Leach to teach them what he knew about the markets. Witnessing the power of education firsthand through his own experiences, Leach began to share his knowledge with peers, instilling confidence in fledgling traders.

Through his widely successful company, Samuel & Co. Trading, Leach continues to bestow the importance of education, and fostering of confidence in proactively pursuing wealth generation, upon countless clients on a global scale. Encouraging clients to develop strict systems, diversify their portfolio, detach emotional components from trading, and garner understanding of relative risks, Samuel & Co. Trading’s staff remains committed to empowering people via education, a feat Leach often cites as the most important factor for success.

As the Founder and CEO of Samuel & Co. Trading, Samuel Leach leverages his pertinent trading experience, transparency of operations, successful wealth generation trajectory, and knowledge of stock market trading to provide bespoke training, empowerment, and assistance to fledgling traders. Through a commitment to education, growth, and ongoing development, Leach’s company has assisted thousands of individuals across 63 countries in the quest for wealth development via successful stock market trading.

During his teenage years, Leach’s parents divorced, leaving Leach sharing a room with his father, and brother. Swiftly recognizing the direct impact of financial security on lifestyle, this experience motivated Leach to become financially independent, and solely responsible for his future successes. With a growing interest in the stock market, young Leach began to draft faux trades on paper, tracking his would-be successes, whilst learning as much as possible about the markets, and remaining aggressively abreast of global news that would impact various stocks.

While working toward garnering his degree in Marketing and Advertising at the University of Hertfordshire, Leach used his modest bursary officially fund his fledgling trading operations. With immediate initial financial successes, Leach continued to develop his own trading portfolio while simultaneously attending classes, and began to assist eager peers with their own growing desires to enter the stock market trade. As his growing trading career began to take off, Leach established Samuel & Co. Trading whilst still attending University in 2012, and set forth on the strictly budgeted path of personal wealth generation, as well as the realm of assisting eager novice traders with their visions for success.

Shortly before graduating from University, Leach landed a transformative trade deal that spearheaded his status swiftly. Constantly aware of advancements in tech, Leach recognized the earning potential in an Apple TV competitor, an Android based company that was investing profoundly in an exhaustive amount of equipment. Through research, he found that the company’s successful execution of the large order was contingent upon passing safety checks. By utilizing comparative analyses of similar product safety checks, Leach determined the risks versus rewards of his involvement, and invested £10,000 into the company’s stock. Merely three days later, the initial investment was worth £110,000, after the company passed safety checks, as anticipated by Leach.

Merely three years after inception, in 2015, Samuel & Co Trading employed over 60 talented individuals, with Leach at the helm of the company that he single-handedly developed. Through continued growth, investment in education and empowerment, and continuous development of infrastructure to successfully manage growth, Leach’s company has been revered as a life-changing resource for fledgling traders, and individuals looking to successfully enter the field of stock market trading.

For Leach, implementing a strategic personal budgeting plan, along with continued diversification of his investment portfolio, has led to significant wealth development, and the ability to drive his own successes. Actively trading in the UK equities and foreign exchange markets, Leach became a millionaire at the age of 28, and continues to showcase his trading prowess through his involvement in those markets, trading three to four days per week. Actively involved in the continued growth of Samuel & Co. Trading, Leach dedicates his time to educating clients about ways to harness their interest in trading into a fruitful career path.