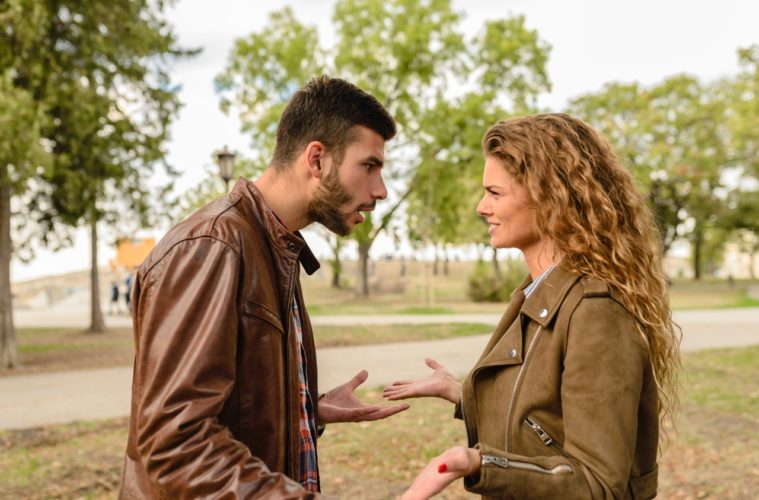 I moved out of my parents’ home at a relatively young age. By 17 I had flown the coop and tried to make it on my own. Things were very difficult from the outset, mostly due to my age, I couldn’t even sign a lease on a property. After several nights in my car and awash with vague panic I scoured the local classifieds looking for a solution.

After contacting several people offering rooms for rent, I settled with what I thought to be a lovely middle-aged woman and her family. I was to have one of the back bedrooms, the laundry was downstairs and rent including bills was to be $180 a week. Perfect! I was about to experience a slice of independent life.

Oh, how wrong I was. The madhouse I had entered was just like my family home, except a family that was not my own. Bizarre rules were introduced daily and I’m quite sure the husband was insane (frequent showers at all times of the day and night was just the beginning). After watching him pulverize plums on the coffee table with his bare hands, I decided it was time to go.

Armed with several months ‘rental history’ and now freshly 18, I decided it was time to get my own place, and this time there would be no crazy 57-year-old Finish men to make life uncomfortable. After mere minutes browsing real estate websites, a sobering realization had set in. I simply couldn’t afford to live on my own.

Luckily, I was not alone in my quest for a home to call my own. I had friends ready to jump through the hoops and share the costs of renting a house, we formulated a plan and started to apply for houses. This was an exciting time for me, I was making it on my own! I had never felt more accomplished and grown up. My two good friends and I had signed the lease and ready to rent our very first place.

With the ink from our signatures barely dry, we spent our first night in our dingy apartment with much vigor. The first few weeks were an extended party as we realization deep into each night at our adult brilliance. We became the go-to spot for all our friends to have a good time. We could drink beer in our underwear, and no one was going to tell us not to. Life was bliss.

This bliss was to be short-lived.

After several months in our shared home, I started to notice strange behavior from both of my housemates. At first, it was the odd bit of rubbish left on the floor, a strange stain on our small coffee table, but then things started getting very weird. Now, I’m not one to cast judgment but some of the things I witnessed where truly baffling.

I have long since moved out, my housemates have both gone their separate ways and we still keep in touch. They are lovely people who I have many cherished memories with if you guys are reading this… I’m sorry, but the truth must be told. Now that’s out of the way, I can share with you two of the craziest things my housemates have done in our share house.

One cold winters night I am making my usual trip home from work and my phone rings. My housemate asks distantly if his friend can come over. Sure, I reply, why not? It never struck me as odd that he was asking for my permission.

When I arrive home a man with no legs is sprawled over lounge smoking a cigarette. I am taken back by his nonchalance; he doesn’t even introduce himself. I pluck up the courage to mutter “you can’t smoke in here”. After the legless man has ashed his cigarette on our small coffee table, he mumbles that he needs to go. My housemate helps him into some metal legs and whisks him out the door.

After what seems like an eternity my housemate returns sans legless man. He says nothing and heads to the kitchen. After retrieving a can of drink from the fridge he plops himself in front of the TV. Several minutes of silence elapse, I ask him sternly about our strange guest.

To my horror, he replies cheerily “oh I’m not sure who he is, I met him in the park”.

I want to watch friends.

When you move out, you need furniture. As housemates, we had agreed to pool our money together for common items. The local op shop suited our budget and had supplied us with many a piece of “preloved” furniture. I was somewhat ashamed of our collection of furniture though and decided to put my adult pants on and buy myself a beautiful new small coffee table.

My housemates were enamored by it too. For several weeks we kept it clean and treated it with respect. Like many things in a share house though, this etiquette was soon forgotten, and the nesting coffee table began to accumulate the grime of neglect. My housemates had taken to preparing sandwiches and snacks on it whilst watching TV.

A typical Sunday afternoon is transpiring, and we are all lost in our separate relaxations. The smell of Latina fresh permeates my bedroom and the sounds of canned laughter fill the house. I wander out into the kitchen expecting to see a meal being prepared but instead, it is empty. The aroma of cheap pasta is thick and that’s when I notice steam and sounds of bubbling emanating from the loungeroom.

My housemate has an electric cooker on the small coffee table. In the cooker is enough pasta and sauce to feed us for a week. I am shocked, to say the least. As I watch the pasta sauce, like magma, sputter, and bubble onto the coffee table I managed to utter:

My housemate turns to me, a crazed expression of glee carved into his face. His glasses are dripping with condensation and he seems to be blissfully unaware that tomato flavored stains now flecking the carpet.

No, I didn’t want any. I also didn’t want our precious apartment to catch fire. I tried to ascertain his reasoning behind painting the loungeroom with sauce. Why would anyone cook their dinner on a small coffee table in the loungeroom, when the kitchen was less than 5 meters away?

A look of confusion spills across his lunatic face.

I can see that I reply coldly. Why are you cooking pasta in a cooker with no lid, in the loungeroom? Are you not concerned with the mess you are creating? What about starting a fire? My words of concern turn his confusion into incredulity. He pushes the glasses up onto the bridge of his nose and sighs.

“Well der, because I wanted to watch friends”.