Patrick Dwyer, the Managing Director of Dwyer and Associates, is also the Private Wealth Advisor for Merrill Lynch’s Private Banking & Investment and Wealth Management Group. A notable financial advisor, Dwyer offers wealth management services to a wide range of clients. He is often involved in providing custom wealth management solutions to ultra-high net worth individuals. He has several years of experience in being a private wealth advisor and has served a large number of years working in the financial sector.

Dwyer holds a GED/ High School Diploma from the Oratory Prep School Summit, a Bachelor’s Degree in Business and History from the Providence College and a Master’s Degree in Business Administration from the University of Miami. Boasting of quality educational credentials, Dwyer started off his career as a part of the MBA Analyst Program offered by Merrill Lynch in New York City. Over the years, he worked hard and shaped up his career to earn certifications as a Retirement Benefits Consultant and a Personal Investment Advisor from Merrill Lynch Internal. 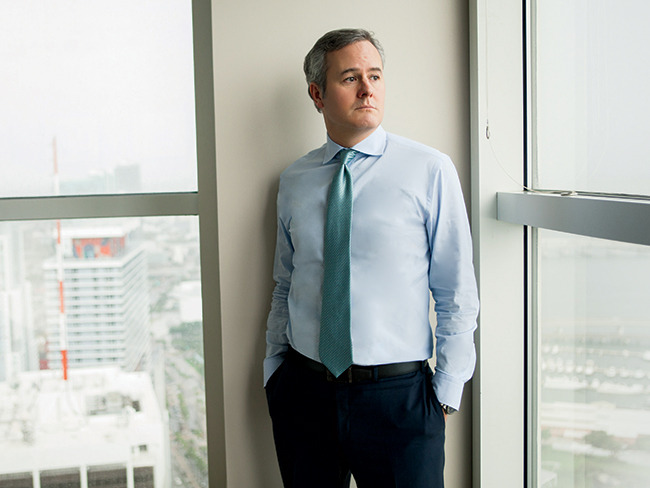 Since then, Dwyer has earned several awards and accolades for his achievements at Merrill Lynch. He has been listed as the number one advisor in Florida in Barron’s list of top financial advisors in 2015 and has been included amongst the top 100 for 9 years in a row now. The Financial Times has counted him amongst the Top 400 financial advisors both in 2014 and 2015 and he has also been listed in Registered Rep Magazine’s Top 100 Wirehouse Advisors for America in 2015 for 9 consecutive years.

Dwyer leads a diverse and highly qualified team of associates, which provide both active as well as passive wealth management services to clients. With focus on offering individualized attention and ultra-high quality of service, Dwyer offers tailor made financial solutions to clients to complement the services offered by Merrill Lynch. Dwyer has been largely successful in this role, as his accomplishments and awards might suggest. No wonder that his services are sought by the clients of the highest worth in the country.

Certainly one of the best financial advisors in the country, Dwyer is also involved with a large number of non-profit and volunteer organizations inside and outside of the US. Dwyer is part of the board of trustees at Key Biscayne Community Foundation, Carrollton School of the Sacred Heart, the Telluride Science Research Center and the Neuroscience Centers of Florida Foundation. With active involvement, Dwyer has helped these organizations support a large number of individuals in their times of need.

Patrick Dwyer Merrill Lynch is certainly a top notch financial advisor and he continues to be counted amongst the best in the country every passing year. While his professional career speaks volumes about his skills in finance, wealth management and leadership, his involvements in non-profit organizations are also notable. Dwyer is known to have helped both high wealth individuals through his professional work at Dwyer and Associates, as well as individuals in need through his various roles in volunteer services.