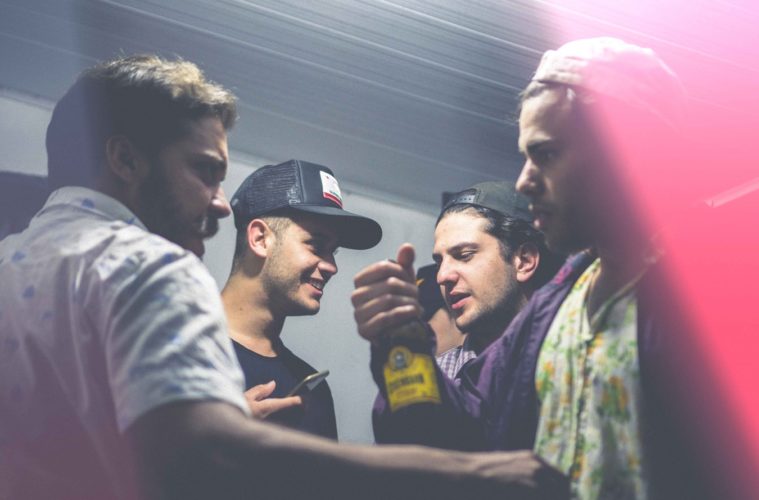 How Much Does a Bachelor Party Cost? Budgeting Tips and Options

How much does a bachelor party cost? Well, too much if the results of surveys by The Knot and Priceline are anything to go by. Many people tend to underestimate how much a bachelor party would cost. As a consequence, they end up having to fork out excess money, or having to pass up planned activities that prove too expensive. Just like what they say, a wedding is pricey, but the bachelor party is worse.

This group would comprise a third of the respondents of a Priceline survey whose average bachelor party cost was an upward of $850. There are, however, ways to cut down costs and still have a great time. This cost-cutting operation will involve an examination of the main things you spend money on. They include:

Cutting costs on food and alcohol is the ideal place to start given they consume more cash than anything else. Respondents to the Priceline survey indicated that up to 28% (which corresponds to $238 dollars per individual) of the budget went into the same. One way to cut costs with regard to food is to limit all your drinking to one establishment rather than visiting several in one night.

Given food and alcohol in most establishments is quite pricey, you can opt to do the eating and drinking indoors. Each groomsman can bring several bottles and you can order in some food. That is, of course, if you’re not inclined to fire up the grill and get something going.

According to the Priceline survey, 19% of the budget goes into entertainment. Such a figure would be appropriate if the activities in question involved bowling or going to a baseball match. Nevertheless, the costs could quickly skyrocket if you’re planning to visit a strip club. The costs of VIP passes, coupled with the costs of drinks and dances for the group could reach upwards of $800.

Hiring topless barmaids or dancers to come over would be a better option for you given your costs would be limited to paying them and your budget already covers drinks. If costs are still high, you can prioritize the dance for groom and reduce the number of strippers to one or two. You can ask an entertainment agency to come up with some of the options suitable for your occasion. A professional bachelor party like Centrefold Strippers should be able to provide you with the best advice and service that guaranteed to blow your mind.

For those plan a bachelor weekend, on one of these nights you may want to do something really light and low budget to save money, you can just come up with some game ideas to keep your friends entertained.

Should the groom demand a destination bachelor party then the task for the groomsmen would be to find the cheapest means to fly out. 40% of respondents to a survey by The Knot paid an average of $600 on airfare. A figure that’s evidently too high. The best ways to keep costs low is to let your budget and airfare determine your destination.

Nevertheless, cutting costs might require you to not only to find the cheapest airlines, but also the best discounts available. One can browse deal sites like Expedia, Priceline and Kayak. Another guaranteed way to slash costs is to book the flights as early as possible. Doing so up to 76 days prior to the flight will get you the best fares.

A survey from The Knot indicates that the budgets for accommodation averaged $472. A major reason for such a high cost being the need by groomsmen to give the groom the most luxurious experience they can afford. Nevertheless, if luxury is the aim, one can achieve that at much lower costs.

Sites like Airbnb provide you with a variety of luxurious accommodations at prices that are well within your budget. Moreover, you’re bound to find some cheap places if you’re willing to be flexible.

Renting a limo costs between $65 and $100 an hour according to Cost Helper. If you intend to move around for a few hours, you’ll end up paying much less. A more affordable option would be to hail an uber or lyft. The advantage of doing so is that the charges are much lower and the charges stop the moment you alight.

Better yet, you could rely on a friend’s car. Such a friend can also serve as the designated driver. The fueling costs will then be split amongst the grooms. Another way to cut costs is by taking advantage of the free shuttling services offered by some hotels to their customers. Make a point of calling your hotel to confirm whether or not they’re running such a service.

The Importance of Flexibility

The average cost of bachelor party may be too high for most people but it can be significantly reduced provided everyone is determined to be flexible. The more flexible you are; the less money you spend.