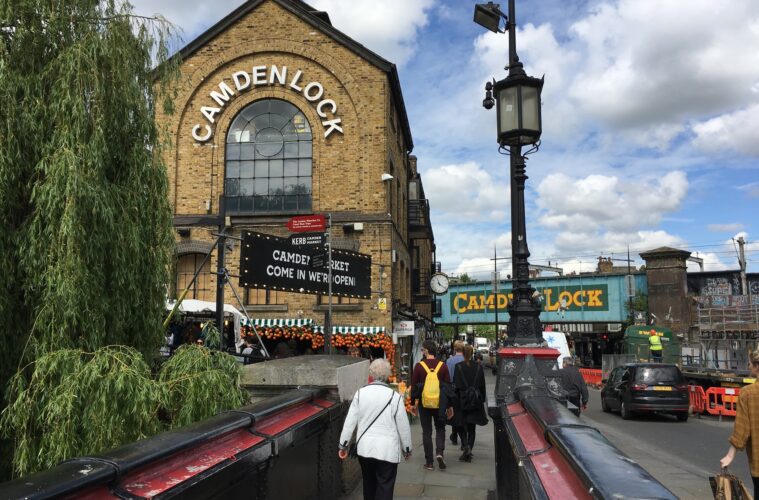 The Most Interesting Entertainment Venues in Camden

To get to know truly alternative London, you should visit the famous area of ​​Camden Town, a neighbourhood famous for its quaint markets and considered the alternative capital of the United Kingdom. Camden is an area that is a tourist attraction, covering a wide range of leisure, culture and gastronomy for all tastes and budgets. Quite often, it welcomes thousands of visits from tourists but also from Londoners themselves, who come to enjoy the underground atmosphere of the area, where young designers and pioneering musicians find refuge.

In this neighbourhood of London, you can hang out with quite a few different people, mainly for the variety of its shops. There are shops for all tastes, which is impressive, turning your trip to the area into a truly special experience. The area is quite different from any other and will definitely not pass you by indifferently. But let’s go together to discover the most exciting and fun venues that one can visit in the area of ​​Camden Town.

The Green Note is one of the best places in town to enjoy the sounds of roots and acoustic music in a more friendly and almost intimate atmosphere. This venue is aimed at people who have a more unique taste and are magnetized by interiors that inspire warmth and security. A beautiful space decorated with portraits of various famous artists who influenced the history of music. If you want a night out with an artistic identity, then the Green Note is a great choice.

Dublin’s Castle from the 1970s had begun to gain a reputation as a place where the artistic spirit finds its refuge. It was originally built as a shelter for Irish workers building railroads in London. This place then became part of a massive contribution to the first professional steps of great artists, such as that of Amy Winehouse, who built a large part of her name, appearing at Dublin’s Castle.

This is a historic site, which has hosted almost all the big names of the British scene of the time. It was a building with a long history, as it was created in the 1930s, surviving the constant bombing of World War II. Since then, it has continued to promote thousands of bands through the musical performances it hosts, being one of the most important cultural centres of the region. Even today, the concerts and performances it hosts continue to magnetize the crowds and gain new fans.

Now, the game of crazy golf in Camden has spread throughout London to such an extent that large groups of people now choose this pleasant pastime to spend their time out. In such an exciting and youthful area, obviously, there would be the choice of a venue where one could enjoy in its comfort a crazy golf game with loved ones. Specifically, the venue of the company Plonk Golf has all those facilities to magnetize young and old in this quite competitive game, offering slopes with imaginative obstacles, themed decorations and a rich menu of food and drinks that will keep you satisfied for as long as you stay there.