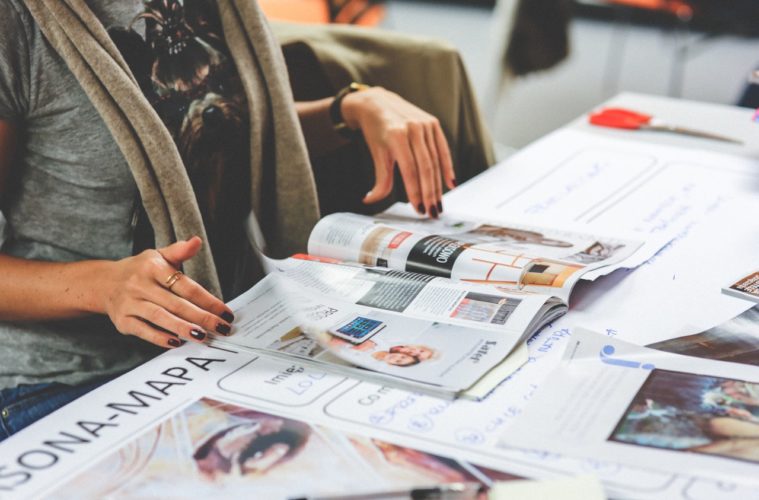 The digital industry and how print is supporting it

It seems like digital is ‘upgrading’ every sector, but there are still areas in which print is trusted as the number-one choice. For example, businesses often prefer to print confidential documents rather than sending them digitally, due to concerns over digital copies being less safe in terms of potential interception by a third party during its transmission.

In fact, even digital giants Google use print as a means to confirm addresses and identities of customers and contributors by sending out postcards with codes on for businesses signing up to their location services, as a physical security measure. This is particularly interesting, considering so many believe that digital will make print redundant — far from it, it appears that print is wholly necessary for digital to be a success. Visitor management experts, United Carlton, investigates…

The issue of trust

There’s no denying that the digital age has opened up a world of information at our fingertips. But not only is this information far more rapidly accessible, it is also just as quick to hit the digital platforms of the world. The speed in which information can be uploaded digitally is both a benefit and a problem — before anything can be checked, screened, or verified, it’s already out in the world and being shared across several platforms. This has given rise to what we now call ‘fake news’.

A recent example of a fake news phenomenon came in the form of the Momo Challenge. This news story escalated quickly, being picked up by a number of tabloids including the Express and the Daily Mail, and even as far as the BBC. Touted as a haunting and harmful internet ‘challenge’ that would cut into YouTube videos and prompt children to contact a number through WhatsApp, the Momo Challenge sparked fear in parents and children across the world. Then, it turned out to be nothing but a hoax.

The creature’s disturbing face was found to belong to a sculpture from a Japanese art show, and YouTube released a statement to say they had found no instances of such a video cutting into their broadcasts. But by the time the information could be checked and verified, it had already gone viral.

Herein lies the issue of trust within the digital platform — information spreads so quickly that it is impossible to study and research the claims to prove them true or not before the world takes it as gospel. Hearsay and speculation become links, and these links are quickly referred to as ‘sources’ in order to lend credibility. Furthermore, as news outlets struggle to be the first with breaking news, verifying the story can fall by the wayside in favour of speed. A dangerous move, given people will likely trust a story more if they see it published by a known news outlet.

Print media can, however, offer a balm to the downsides of digital swiftness.

The power of apology in print

Consider this: in the wake of the scandal that gripped Facebook last year in which many users saw their details being unknowingly accessed by a political consultancy, CEO Mark Zuckerberg issues many apologies. One such apology took the form of a full-page printed advert in a number of national newspapers across the US and the UK. The apology read:

‘We have a responsibility to protect your information. If we can’t, we don’t deserve it.

You may have heard about a quiz app built by a university researcher that leaked Facebook data of million of people in 2014. This was a breach of trust, and I’m sorry we didn’t do more at the time. We’re now taking steps to make sure this doesn’t happen again.

We’re also investigating every single app that had access to large amounts of data before we fixed this. We expect there are others. And when we find them, we will ban them and tell everyone affected.

Finally, we’ll remind you which apps you’ve given access to your information — so you can shut off the ones you don’t want anymore.

Thank you for believing in this community. I promise to do better for you.

In terms of this printed apology being successful, it is worth noting that the phrase ‘I am sorry’ has been viewed as an honest apology by 74 per cent of Brits. Zuckerberg used the phrase once in his printed apology. But more importantly, he chose to publish it in a printed format. According to PrintPower, this form of apology shows a valuable act of taking time to consider the apology as well as being willing to put it in permanent record through print. Inevitably, the printed ad would be photographed and shared digitally by Facebook’s target audience, in a more authentic way than if Facebook had published the apology itself digitally. It stands out, and it looks genuine— as The Drum rightly notes, there’s a reason we still use the phrase ‘front page news’ when discussing important matters. It’s deemed a reliable source, where only 24 per cent of Brits reckon Twitter, Instagram, and even Facebook itself is trustworthy for news.

It may well be that the future is predominantly digital. But the digital world will always benefit from the human elements that are inherent to print media.