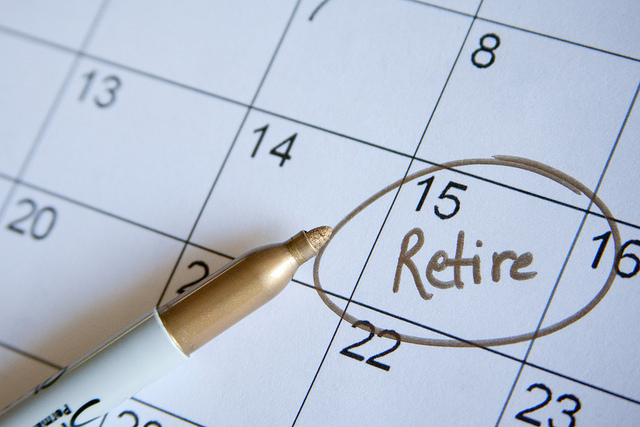 There isn’t much sense in retiring if you’re going to stress constantly over whether or not you will outlive your money. Most of us have known at some point in our lives what it’s like to get behind on bills. We certainly don’t want that feeling in retirement.

Unfortunately for many people, this is exactly the state they are in. Many people in retirement are watching their investment principal slowly erode as they withdraw money to pay for expenses.

The way to eliminate this type of stress is to generate enough income in retirement so that one does not have to even touch their investment principal. As you will see, in today’s world that is not as easy as it once was.

Interest rates here and in most of the developed world remain near all-time lows. Central banks everywhere are on a mission to keep rates low for a long time. Some people think that interest rates will head back up very soon simply because they can’t possible stay this low for much longer. But can’t they? Let’s take a look at Japan’s history of interest rates for some insight.

Since 1991 interest rates in Japan have fallen and fallen and fallen some more. They have not broken 1% since. The U.S. is going through many of the same issues Japan went through during this time period, including low growth, fear of the stock market, and low inflation. Don’t be surprised if we don’t crack 5% on the 10 year treasury bond for at least another decade.

Instead of buying bonds, a lot of investors have turned to annuities. This is very unfortunate. Most annuities have high fees that are hidden, contain surrender charges, and have very limited choices in terms of what you can invest in.

So don’t fall for the annuity trap. Instead think about using dividend-growth stocks to generate income in retirement.

Not just any old dividend payer will do. We want to find dividend payers with a long history of never cutting their dividends. When researching companies, I like to start with the Dividend Aristocrats.

If you want to get a quick estimate of how long your funds will last in retirement, you can use our free Retirement Withdrawal Calculator.

For today’s example I’m going to run a more rigorous analysis using the WealthTrace Planning Software, which is available to the public.

Let’s take a look at a couple that is 52 years old today. They plan on using just income in retirement. They also want to use only Treasury bonds for this income. My assumptions are below.

We can see in the chart below that after a few years their expenses exceed their income. This means that they must start dipping into their investment principal.

Instead of using 100% treasuries for income, what about moving half of the investments into dividend-growth stocks? But not just any stocks. I want to use Dividend Aristocrats such as Exxon (XOM), Johnson & Johnson (JNJ), and Altria (MO).

I also want to point out that I don’t recommend investing in only three stocks. We want to diversify among several solid dividend payers.

In the below chart we can see what happens if they move into dividend payers with an average yield of 3.5% and average dividend growth of 7%. I also assumed stock price growth of 3% per year.

Now we see that there are no income shortfalls. They can pay for expenses every year with income and won’t have to dip into their investment principal. This is the safe zone and means this couple will not stress about outliving their money in retirement.

Generating income in retirement that is sufficient to meet expenses is not as easy as it was just ten years ago. But times have changed. We now need to look for dividend payers who have shown time and again that they will not cut their dividends, but will instead continue increase them.