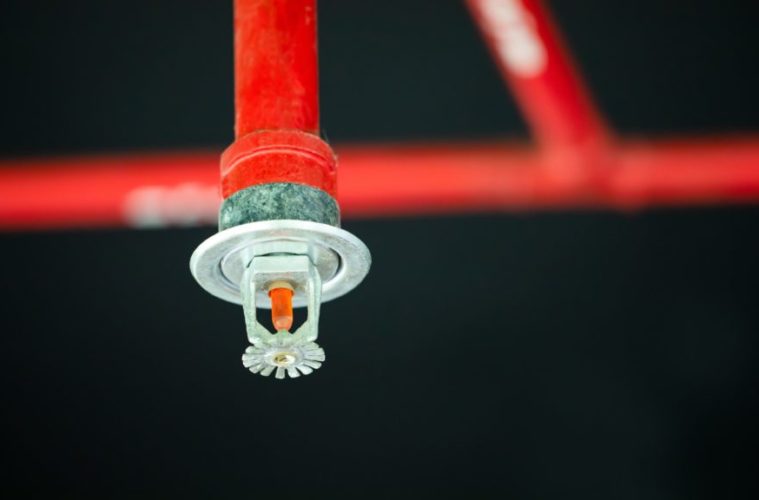 Imagine this.  You are a black business owner.  Maybe you own a gaming store where teenagers and young adults hang out and play games.  Some are traditional board games.  Others play Dungeons and Dragons.  And a few even use your complimentary wi-fi to play online jackpot casino games.  Your customers are good kids.  No illegal drugs, alcohol, or gangs allowed in your store — you say with pride.

Your dream was to help the next generation by creating a safe hangout for the kids in your neighborhood, so they would realize that they have options, and that they can be a success.  Your business is good, and you are a staple in the neighborhood.

Then on May 25, 2020, a man named George Floyd is killed by 4 police officers.  Then the peaceful protesters start.  Then the rioters come to town.  Next thing you know, a bunch of white thugs start throwing molotov cocktail into your window, and since your business has a lot of paper products, within 5 minutes your business is up in flames to a point that would even make Mrs. O’Leary’s cow jealous.

What happens next?  You learn that the people who just destroyed your business are being bailed out of jail (if there is even charges being made) by a $20 million dollar fund specifically designated to paying for the bail of these out of town agitators.

And exactly how much money has been raised in the fund designated to help rebuild businesses like yours?  Zero.

If you were that black business owner who just had their business destroyed by these out of town white protesters, do you really feel that they are rioting in your best interest?  When the rioting is over, are they going to stick around to help cleanup the mess that they make?  No.

Are even the police going to give these people community service work and require them to clean up the mess they are making or they just going to walk away as fast as they came into town, leaving behind the mess that they created for the local law abiding citizens to clean up and repair.

Who is donating to this $20 million dollar fund?

Yes, there are some people who can donate large sums of money, but does it really add up to $20 million?  Who else is donating that we do not know about?  Many suspect it is Soros, but since these funds are not being documented (and released to the public) will we ever know if donations are being made by China, Iran, Russia, or any other country that really wants to see America destroyed from within?

Would the Democrats be financially supporting these protests if it was not an election year?

The question that we all need to ask is, “Would the situation have gotten as bad as it did if it was NOT an election year?”

I think that the answer is no.  Once the first Democrat political campaign donated money to a fund to help the rioters and NOT to help the black business owners whose businesses are being destroyed, it was no longer about George Flyod or reforming how the police are trained.  It became a physical political coup.  Attacks on the White House and the Secret Service?  Communications on how to coordinate a physical attack on the White House?  Those are NOT the actions of peaceful protesters that want the Police educational system reformed.

Was it a peaceful protest?

Do those sound like the actions of peaceful protesters?

What exactly happened to George Floyd?

A merchant at a store called in a claim that somebody was trying to use a counterfeit $20 bill.  This is a big problem in Minnesota.  4 police officers came to confront the guy.  Two were officers in training, and the other two were standard police officers.  That is why there were 4 officers dealing with a crime that has at most a 1 year jail sentence.  It was a check cashing business, so they are used to seeing counterfeit bills.

In Minnesota, the highest penalty for knowingly using counterfeit money less than $1,000 is up to one year in prison and a fine up to $3,000.

From the video that I saw, Floyd was taken out of his car. He was cuffed behind his back.  He was walked to the sidewalk and gently placed into a sitting position on the ground.  Floyd clearly looked high from the video.  The autopsy confirmed that Floyd had fentanyl and methamphetamines in his body.

There was no way that the police could have known that Floyd had preexisting medical conditions related to his heart or that he had COVID-19.  A known symptom of COVID-19 is “shortness of breath that will usually feel a greater severity of gasping or straining for more air”.  It is also well known that even after a month, a person with pre-exsiting heart conditions can still have issues with recovery from COVID-19, even if they are not still contagious.

Furthermore, Minnessota, as well as much of the US, is still in lockdown due to the coronavirus being highly contagious.  So by this point, every single police officer should be assuming that the person they are dealing with is infected with COVID-19 and act accordingly.  In other words, if a person says “I can’t breathe”, you take it seriously.  Adding in pre-existing medical conditions as well being high on drugs makes the situation even worse.

This leads to two questions.  Why did the video (and most others that are showing the pre part), cut off abruptly?  What happened between Floyd collapsing to the ground and 4 police officers all holding him down?

The second question is how did it go from Floyd willingly walking to the police car (no fighting — probably too high to actually put up a fight) to Floyd looking like he is falling to the ground to then the police feeling like they needed to restrain him in the death blow knee hold to the neck for 8 minutes.

Did Floyd collapse due to the combination of illegal drugs in his body, pre-existing medical conditions, and COVID-19?  Was that the reason why Floyd was saying, “I cannot breathe”?  Obviously, having a knee up against a person’s neck would make an already very dangerous situation even worse.

I am not excusing the police officer’s actions.  As I said, it really looks like Floyd collapsed to the ground.   It does NOT look like he was trying to run away. Which leads the question of why did the 4 police officers feel the need to use such extensive force to hold down Floyd?

Honestly, Floyd looked on the video to be too high on drugs to have even been physically able to resist the police.  But as I said before, the part between Floyd falling to the ground and the police officers sitting on top of Floyd seems to be missing, so we don’t know what happened during that time period.

Do people have a right to be angry?

Of course.  I am angry.  A man was killed that should have at most gotten 1 year in jail, not counting the illegal drug use charges that would have been added on top of that.  Nothing that Floyd did equaled a death sentence, and from the video that I watched, nothing that Floyd did required the extensive force that was used.

I honestly believe that Floyd physically collapsed, and the police mistook this physical collapsing for something else — giving them the benefit of the doubt with that one.

With COVID-19 running rampant, people all of a sudden are getting shortness of breath, especially when compounded with illegal drug use and pre-existing medical conditions — that was a scenario that the police should have been trained to expect during these times, instead of just assuming the person is “playing games”.

Does it justify the rioting?

No.  Regardless of whether you are white or black, how is destroying an innocent black person’s business helping to support the black community?  Or anybody’s community?  Or cause the country as a whole to reevaluate their training programs for police officers?

What should be happening?  The US Needs Associate Degree programs in Police Science.

Even the fire department has an Associate’s Degree program.  In Middlesex County, NJ, they have Associate of Science in Fire Protection and Safety.

Schools like John Jay in New York City do have Bachelor of Science Degrees in Police Studies, but it is very rare for a police officer to have that degree.  Usually it will only be the police captain that has that level of training, or a police detective, or secret service agents.

I don’t think that every police officer needs to have a BS degree.  I am thinking along the lines of an Associate Degree program, similar to the Fire Protection and Safety program that Middle Community Collge in Middlesex, NJ has.  3 months of training is NOT enough.  It is not enough in terms of knowledge being taught to police officers, and it is NOT enough to “weed out the bad candidates”.

So how is this a scam?

Democrat political candidates are helping to raise $20 million to bail out white protesters destroying black communities.  But they have donated zero of their political campaign funds to help rebuild the communities and businesses that these rioters have destroyed.

And there has been zero discussion by these same Demcorats about reforming the Police training programs to make an Associate Degree in Police Science a requirement: psychology, anger management, dispute resolution techniques, cultural difference awareness — are just a few courses that I can think of off the top of my head that should be included in such a program.

Update: Minnesota is now asking the federal government for financial help to cleanup from the rioters.  According to the local government, it was local people who destroyed the community.  Not outside agitators as Trump said it was.  So if it was local people who caused the destruction, why should the rest of the country now have to pay to clean up the mess?  Minnesota did not even take down names of the rioters and forced them to do community service to clean up the mess.  They were just allowed to make a mess and walk away.  But didn’t I say that was going to happen?  The Demcorat campaigns were more than willing to pay money to bail out these rioters, but when it came time to clean up the mess, they expect averybody else to pay for it.

Although, to be honest, I have not heard the Republican side talking about reforming police training programs either.  Hopefully, by the time this is all said and done that will change — on both sides, regardless of who wins the next Presidential election.