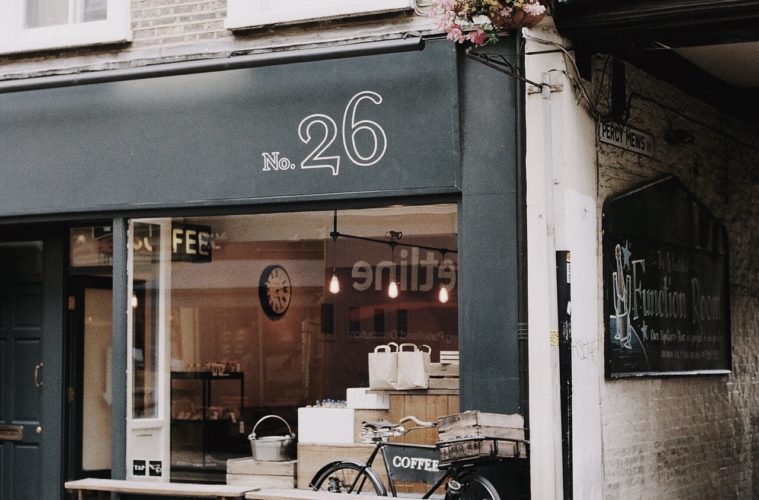 Plastic signs are a thing of the past for businesses — with many organisations pushing to become more environmentally friendly. Due to the advancements in technology and more quirkier forms of advertising, the possibilities to stand out from the crowd are endless.

In fact, more businesses are beginning to place portable gobo projectors outside of their buildings to showcase their company logo, as well as any other marketing materials that they want their customers to see when passing. Unlike plastic alternatives, these illuminated signs can capture anyone’s attention and drive forward a message.

Not only is this new trend of business signs more visually pleasing, but they’re also extremely cost efficient and don’t require a lot of maintenance time. Plastic signs are notorious for breaking and can become quite a regular expense for businesses — whether this is replacing a missing letter or having a fresh coat of paint.

Gobos are extremely cheap and long-lasting, which are two of the main reasons why businesses now opt for them over plastic signs. As well as this, they’re much easier to dispose of in comparison to plastic!

Plastic is a growing problem that is having a profound impact on our environment. Made from non-renewable resources, the manufacturing and incineration of the product pollutes the air, land and water while releasing toxins that can have a harsh impact on the wider society.

The world has become very dependent on plastic and reports have suggested that we now produce over 300 million tonnes annually — due to the cheapness and versatility of the material. But what may seem like a positive financially is outweighed by the countless negatives that come with its use.

You won’t be surprised to find that 50% of plastic is used once and then disposed of. But is this then recycled? Apparently not. Studies have shown that only 12% of plastic is actually recycled and properly dealt with in a way that can cause less harm to the environment. The area that accounted for the highest plastic usage was in packaging — occupying around 40%.

This has led businesses around the country to remove the use of plastic from their operations or make it less accessible to the public. In England for example, stores with over 250 employees have been instructed to charge their customers 5p for a plastic carrier bag to reduce plastic bag use and encourage people to support the ‘bag-for-life scheme’. Since this initiative was introduced in 2015, plastic bag use has dropped by 80% in the country, which highlights the success of such necessary measures.

One of the biggest issues raised is the fact that plastic is making its way into our oceans. Dame Ellen McArthur has claimed that the amount of plastic in our ocean will outweigh the number of fish by 2050, which is becoming seemingly more realistic by the day.

Research has also suggested that eight million tonnes of plastic is distributed into our oceans every year. This has led to one in three marine mammals being tangled in litter. So much so, that 50% of turtles have consumed plastic and 90% of seabirds have had pieces of plastic wedged in their stomachs. But this is an issue that can make its way back to the land. For example, once plastic has been in the ocean for a while, chemicals will be released which could potentially be inhaled by fish — this then has the potential to contaminate our food supply chain and cause greater problems to human health.

As a business, it’s your responsibility to make more informed decisions around the use of plastic across your operations. There are countless steps that you can take to make your company eco-friendlier in a way that you can cut down costs at the same time.

Begin by preventing plastic use where you can. Instead of replacing your old, torn outdoor notice, opt for revolutionary gobo that utilizes the finest areas of technology while making your business look good.

Why not promote an eco-friendly lifestyle to your employees, too? If you have a water dispenser in your office and find yourself constantly replacing it with plastic cups — why not invest in reusable bottles? From this, you’ll be able to cut down on the cost of plastic cups while helping your staff become more proactive with the use of their products.