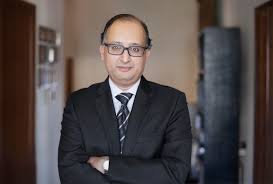 Sujit Choudhry on the Importance of Protection the Constitution

Based out of Toronto, Canada, Sujit is known as one of the most credible experts of constitutional law in North America.

After serving as the I. Michael Heyman Professor of Law at the University of California, Berkeley for 4 years, Choudhry founded his own consultation firm by the name of choudhry.law, where he provides constitutional law advice to governments, businesses and individual clients alike.

Apart from his affiliation with UC Berkeley, Sujit Choudhry is known in academia for holding law degrees from other coveted institutions such as Oxford University and Harvard University.

Seeing Choudhry’s expertise, it was not a surprise to notice that those holding an interest in constitutional law took quite an interest when the expert wrote a detailed take on the ways of safeguarding the constitution.

Sujit Choudhry is Very Vocal on His Support for the Constitution

When someone is as well informed in constitutional law as Sujit, it is not shocking to witness them growing passionate about the importance of the subject.

That is what happened in Choudhry’s piece to Verfassungsblog, which is an online publication focusing on constitutional matters.

In his article, Choudhry went on to mention how the constitution is important in order to uphold the letter of the law and prevent bad players from interfering in the operations on an elected government.

Sujit Choudhry had written the post to present a way of strengthening the constitution of a government, so that it could be safeguarded from attacks through populists.

Choudry explained that constitutional laws are inherent to defending themselves, where they could delay any actions that are being taken against them by effective clauses that are introduced within them.

He also mentioned how the constitution should be able to maintain the balance between the opposition and incumbents, where neither party is able to use entrenchment to gain uncalled for power in the face of loopholes. According to the expert, this is crucial while creating a constitution or making amendments to an existing one, since this particular outlook allows a fair and free chance at power to everyone instead of giving all the authority to one of them.

Sujit Choudhry also upheld the notion that an involvement of politics, when upheld correctly, is able to respect and protect the constitution in a very effective manner. Choudhry also went on to mention that in order to further enhance the resilience of the constitution, it should also delve into the concepts of electoral system design as well as pertinent party regulations that protect the opposition as much as the ruling party.

According to the Oxford alum, these stress are crucial to developing a strong constitution, the existence of which is not threatened by populists or those who want to throw down constitutional laws in order to take over power more than anything else – and in a way that is completely unethical.

Choudhry mentioned that such practices should be adapted by governments whenever they have the power to amend their constitution, so the important article is respected at all times and remains free of any risks.