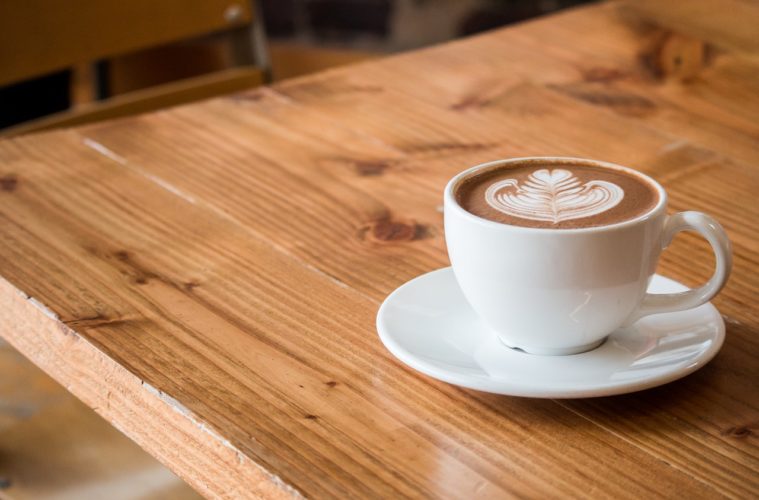 Why are independent coffee shops succeeding?

The coffee shop industry is booming — but not just because of the well-known coffee chains you see on your way to work every day. According to recent reports, the UK’s independent coffee shops and smaller chains are enjoying high sales, and overall, the UK is number one in Europe for growth in branded coffee outlets.

Brits love their caffeine — but what sets the independent coffee shop apart from the global coffee chains and why are they proving successful amid stiff corporate competition? Here, we’ll explore the success of the UK’s independent coffee shops and show why — and how — businesses like these can compete with the big-league players.

Coffee in the UK

Currently, there are about 24,000 coffee shops in the UK and the market has a worth of around £9 billion. However, it’s estimated that, by 2020, it will be valued at £15 billion with over 30,000 premises, according to a report by Allegra World Coffee Portal — but how much of the market is independent?

Out of the total number of coffee shops in the UK, approximately 6,500 are thought to be independent, and it appears that the independent coffee scene is holding its own even in the face of sharing the market with multi-national, household names — like Starbucks and Costa Coffee. Following a survey by Café Culture, John Richardson — a business advisor — commented: “Despite the relentless growth of ten large chains, there is still substantial growth and confidence within the independent sector with plenty of scope to take the large chains on, regardless of what is often claimed.”

Perhaps it’s the ability of smaller coffee businesses to adapt quickly to evolving trends in the sector that helps them keep up with the larger brands. According to an article published in The Telegraph, the typical coffee consumer is becoming choosier — expecting more health-conscious options, faster Wi-Fi to use when enjoying drinks, and the chance to download and use engaging brand apps. It can be argued that making significant changes to services and products — such as switching menus to incorporate healthier dishes, offering later and earlier opening hours and providing a more digital-friendly environment — for customers in thousands of stores on an international scale is far more time-consuming and difficult than doing the same as a single outlet. As a result, this could also be helping drive traffic to independent shops.

Other factors may also be encouraging the growth of independent coffee shops — such as pop-up businesses. The pop-up market is worth around £2.3 billion, according to a Britain’s Pop-Up Retail Economy report by EE, which also found that nearly half of people asked claimed to have visited a pop-up store between 2016 and 2017. Due to the relative simplicity of setting up this type of business and the low start-up costs, people looking to start their own coffee shop have another avenue into the industry, with the ability to drum up brand awareness and gain a loyal following within a certain locality in the process.

Evidently, there are many reasons that independent coffee shops are successful in the UK — but how do you ensure that yours is?

The question is: what factors do you have to consider in order to make your independent coffee shop a success and compete with the big-brand establishments down the street?

Mintel food service analyst, Trish Caddy, says: “People want an experience when they’re drinking coffee out of home, and independent coffee shops try to package their products so people remember the experience around the coffee.”

It’s key that you enhance the customer experience. Determine your target audience and create an environment that they will enjoy spending time in. Whether your consumer appreciates eco-friendliness and vegan options, or they love cosy interior designs and traditional menu options; tailor your brand to them to ensure returning custom.

Businesses that are environmentally minded are typically held in high regard from a consumer point of view — particularly in this sector. According to Mintel research, 87% coffee drinkers try to get rid of packaging in recycling bins, while 40% claim that they don’t mind being charged extra for hot drinks served in completely recyclable coffee cups.

As an independent business, you have the ability to swiftly implement green initiatives and attract the type of coffee consumer that will appreciate them. Switch to single wall paper cups or reusable mugs, ensure your products come from sustainable sources, use energy-efficient LED light bulbs, and buy local produce as often as possible to help reduce the carbon emissions that come with transport and storage.

The trend for coffee has led to many innovations in the sector. From Kombucha tea to organic coffee products, there’s a world of variety out there — are you capitalising on the choice? If you’re trying to set your brand apart from your independent and big-brand competitors, you must consider what you’re offering your consumers. Can they get the same latte and cappuccino over the road? If so, why would they choose you?

By examining your menu and learning how to brew new, exciting and innovative drinks alongside the traditional favourites; you can capture a new demographic while not trading off on your current, loyal customers.

Independent coffee shops are a thriving and integral part of the UK coffee industry. How will their success transform their products, venues and services further down the line?