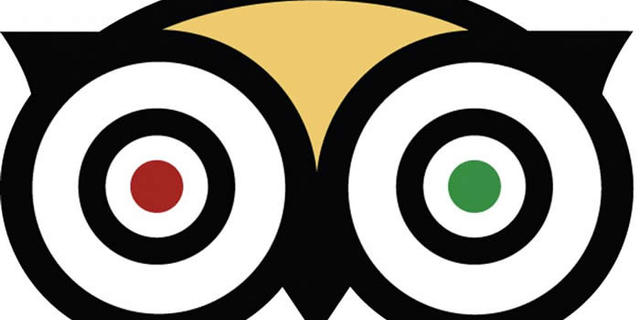 TripAdvisor, the online travel booking company, has been on a rollercoaster ride. It began as part of the online booking company Expedia. Later on, it would get a “divorce” from its parent company and become a separate entity. But like any attractive “divorcée,” TripAdvisor wouldn’t remain single for too long.

Then the horrific terror attacks occurred in Europe; first in Paris and more recently, in Brussels. Both events hit travel stocks hard, and TripAdvisor stock was no exception.

Investors tend to be deeply divided on TripAdvisor stock; some are strikingly bearish and others are strikingly bullish.  With investors so strongly divided, it’s not surprising that the stock is practically moving sideways.

But is that standstill about to change? To answer that question, we must look at each side of the equation, from both the bulls’ and the bears’ perspective. 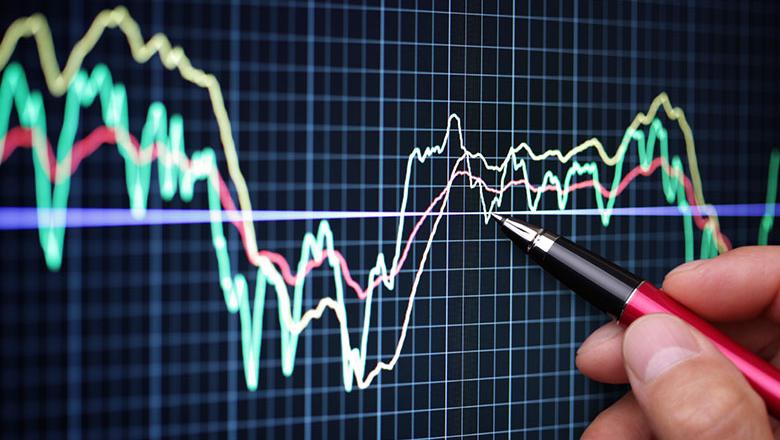 The Bulls See a Bright Future

Let’s start with the good, i.e. what the bulls see in the stock.

To begin, let’s focus on the TripAdvisor/Priceline Deal. On the one hand, Priceline is the biggest online booking company in the world. It owns Booking.com, Kayak and a number of other online travel booking services. On the other hand, TripAdvisor brings to the table a massive user base. TripAdvisor has 350 million unique visitors per month and more than 320 million reviews and opinions on hotels, restaurants and more.

With the new Priceline partnership, TripAdvisor can bank on even more profits from its massive user base. It will get a share of every booking done though its site. TripAdvisor has had direct alliances with hotel chains before, but the sheer size of Priceline makes it a game changer. Even its previous collaboration with Expedia, Priceline’s arch-nemesis, is dwarfed in comparison. Priceline is roughly twice as big as Expedia and is still growing in leaps and bounds.

This partnership unlocks massive growth potential for TripAdvisor. Some hold the belief that users would eventually prefer to use TripAdvisor as their main booking platform. Users would not only have the convenience of easy online booking but also ready access to millions of reviews.

The Bears are Disappointed by Earnings

While the bulls have high hopes for TripAdvisor’s future, the bears are worried about the present.

TripAdvisor revenues have been growing on average by 25% per year. That’s an impressive growth rate by any stretch. Meanwhile, earnings have been stagnant, as the chart below illustrates. While revenues kept moving higher, earnings grew only moderately, with an average growth rate of 0.7% over the past 3 years.

This dissonance between revenue and earnings makes investors ponder. Is the lack of earnings growth a result of TripAdvisor’s inefficiency? Is the company spending too much? Regardless of the answers, it’s not good. 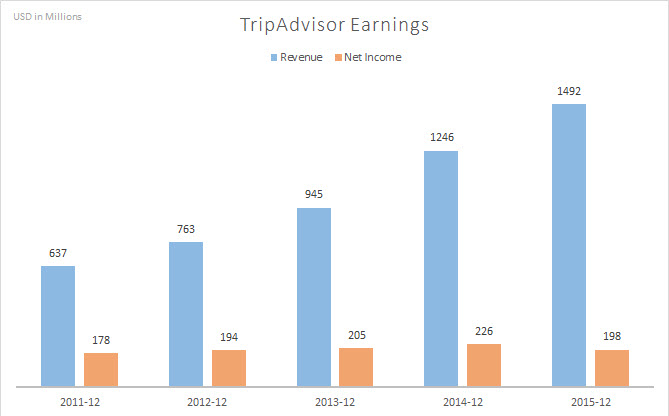 Both the bears and the bulls have a strong case, that’s certain. It’s also certain that that standstill will soon come to an end.

The bulls are counting on the TripAdvisor/Priceline collaboration to dramatically change TripAdvisor’s profitability. So far, earnings were only marginally impacted, if at all, from that cooperation.

But bear in mind that the announcement of the TripAdvisor/Priceline collaboration was only made in October 2015. If earnings for Q1 2016 and the rest of the year show that that is, indeed, a game changer for TripAdvisor stock, that will settle the argument. It will put an end to the standstill, and provide a strong argument to buy TripAdvisor stock. TripAdvisor stock will turn bullish.

But if earnings continue to disappoint, it will kill the bulls’ hope for the stock. TripAdvisor could then embark on a new trend as well, only bearish this time. That will give the bears the upper hand and an incentive to short TripAdvisor stock.

As we approach the earnings season, one side of the equation will be proved wrong. And, either way, that will result in a big move for TripAdvisor stock, a move that investors cannot afford to miss.