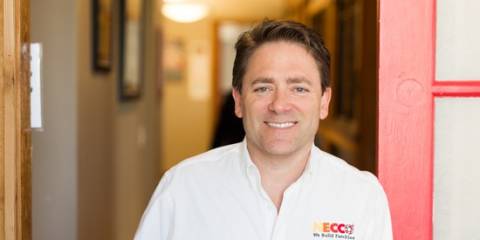 Beau Necco founded the country’s first for-profit therapeutic foster care organization in 1996 with two goals: social impact and accountability. Necco is a foster care, adoption, and counseling company based in Cincinnati, Ohio. Beau Necco’s life mission, and the mission of his company, is to build families for the children, youth, and adults in the communities  served. In addition to providing foster care services, Necco also offers:

Necco’s leadership is committed to developing an organizational structure that promotes a culture of innovation and excellence.

Necco has built over 25,000 families and facilitated over 5,000 adoptions. Applying business practices to social problems has resulted in over 90% of the children placed with Necco experiencing one move or less, which significantly decreases trauma to the child and minimizes cost for the taxpayer.

Beau Necco’s entrepreneurial spirit manifested itself during his childhood in Appalachia.  The son of a university child behavior professor and a Head Start program director, Beau Necco watched his parents struggle to help others amid bureaucratic waste and “success metrics” that failed to measure the well-being of children.

After earning his M.B.A., Beau Necco returned to Appalachia and pursued his curiosity for privatizing social services for the good of children. The impetus came in 1996, when President Clinton’s Welfare Reform Act became law, allowing states greater flexibility to spend child welfare funding.  Today, Necco has grown to 25 offices in four states including 11 in Kentucky.

Beau Necco has dedicated his life to helping troubled youth, and most recently he counseled legislators in the effort to overhaul Kentucky’s troubled adoption and foster care system.  This led to the successful passage of HB1, which is the most sweeping reform to streamline the child welfare system in Kentucky to date.

In the years to come, Necco will continue to provide beneficial foster, adoption, and counseling services to the communities it serves.