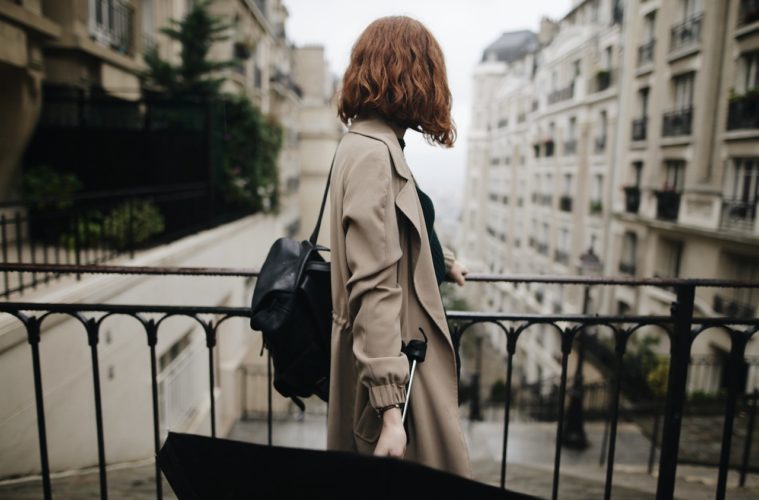 Persistence Hacks – How to Not Give Up!

Persistence Hack – Everything Works in Phases Hack by Alex Dee – Most of us know and understand that it takes persistence to be successful. A really great analogy to think of is, when they make a movie, they sometimes have to do 15 to 20 takes just to get the right shot. So, it takes 15 to 20 times of practice just to get the end result. Yet when most of us start a new venture or do something new, we expect to hit it out of the park the very first time! That is setting yourself up for failure because you’re setting an unrealistic expectation for your desired result.

For example, whenever I write out a presentation or script or even a video recording, there are several different phases to putting it together. There’s an initial draft. Then there’s the feedback, followed by going through changing around the formats in the graphics. Phase four is making sure that each one of the slides flows properly. Phase five is the actual recording, and even then, there might be two or three phases just for this phase.

It takes a lot of different phases just to get the end result, which is maybe one video or one presentation that I will use over and over again. This will be well worth it because it’s a really good use of my time, and I’m able to impact the most people with one piece of content.

Now whenever I do anything to hit a goal, I realize I’m going to be doing everything in those types of phases. The beginning of something new is always the first phase and I get to practice, and phase two is really tweaking and making things better. Phase three is almost like chiseling, where you can develop that statue of David from the beautiful piece of marble that you’ve been working with.

I should add that a great heart for persistence is to realize that everything works in phases. And just because you weren’t successful in phase one, doesn’t mean you will not be able to get the end results. It’s saying to yourself, hey, it’s not the fact that I’m not succeeding, it’s recognizing I’m only in phase one and there’s more tweaking and chiseling I need to do to get to my end result.

When you’re able to do this, not only will this help you to get something started and get his momentum mode, but now with your persistence, you’re able to set up a realistic expectation of when the end result will be. As Tony Robbins would say, there’s no such thing as unrealistic goals, just unrealistic time frames. This allows you to be persistent until you hit all your goals!

How to Not Give Up On Your Purpose and Reaching for Your Dreams When Dealing with Adversities – Life Believes in You and Equipping You for What’s to Come Hack – Kute Blackson – I grew up in a family where my dad had everything planned out for me to become a minister, but I realize that that was not my path and I had a much different purpose, so I started living towards that purpose! It was very challenging because it was going against the grain and my family, and we went through a period of not talking to each another. It went against what a lot of other people thought I should be doing. And this is the part where most people, including myself, would’ve given up, but I decided to look at it differently! I decided to look at it as, what if these challenges are tests and really compliments from the universe saying if this is going to be your gift and you’re calling, let’s start having you practice overcoming challenges and begin to master it.

So, the way I chose to look at it was, this is life rewarding me. This is life believing in me that this is my path and who I am meant to be. So, when you look at life‘s challenges and the struggles, the break ups, the severed relationships, and the turmoil that’s created on your path to living your purpose, this is life‘s way of preparing you, your soul, your body, and your mind to equip you with the resilience and the fortitude so when that opportunity and that time comes, you’re prepared to step into your vision and fulfill it!

So, for those who experience challenges while working towards your dreams, choose to look at it as a gift versus “well, maybe it’s just not meant to be”, because life believes in you so much that it’s willing to throw obstacles in your way so you can master and become stronger to assure you’re prepared. And you’re now resilient and can handle anything and you get to fulfill that dream when your time comes!

How to Always View Quitting As Not Being An Option Hack – Ricky Gervais – I never understood quitting, because I always think of it like when you’re watching TV and if somebody gets in front of you, you don’t just take off and leave and say OK, well, that’s it! No, you move or get them to move where you can finish watching the rest of your show.

That’s the same thing when someone insults you and says that you’re not good or whatever. Just like someone in your way doesn’t mean you’re going to stop watching the show or doing what you want, whenever somebody says something negative or derogatory towards me and my comedy, I always say, “You’re not going to stop me from doing what I love”, and I keep pushing! But giving up is never even an option!

Chiseling a Rock Hack – Chamillionaire – Yeah, I went from seeing my friend shot in the projects, to becoming a rapper, to an investor in tech companies. People look at me and they’re wondering how the heck is that even possible? I think part of the key is ever since I started, I failed, and I failed a lot, and I failed as fast as possible.

I think a lot of other people do that too, but the difference was I was remembering the analogy of chiseling a rock. Sometimes people are working in construction and they would have to knock on a rock maybe hundred times, thousand times, five thousand times and as they were doing, they wouldn’t even see a dent, and then all of a sudden by the fifty thousand time, the rock will crack open 100%.

And I remember that as I go through with building my journey, and when I was failing over and over again! It was that reminder that I can’t see it yet but I’m chiseling on the rock and it’s going to break one day as long as I keep chiseling on it.

So, my biggest words of encouragement and hack is to keep chiseling on the rock, because you don’t know how far you’ve gotten until it cracks open.